Our team embodies the same living family tradition as the Mittenwald School of Violin Making and brings together violin and bow making expertise from around the world. For more than 25 years we have been represented in the Chamber of Handicrafts (HWK) for Upper Bavaria’s Master Craftsman Board of Examiners and in so doing have helped shape the traditional violin makers’ craft in Germany. We are particularly proud of our ability to develop and maintain professional relations and a continuous exchange of skills and information with leading musicians in Paris and London and see this as one of our studio’s major strengths. 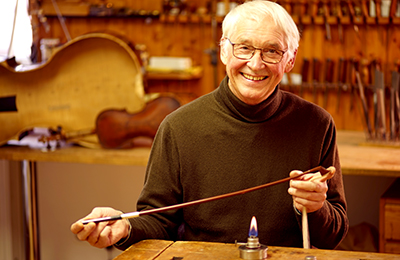 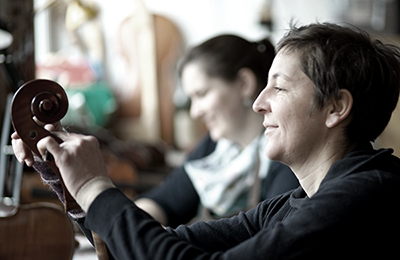 Wolf-Dieter Fischer (WDF) is the founder and owner of the studio. After finishing his apprenticeship at Mittenwald School of Violin Making (1962 to 1966) WDF worked for three years as violin maker at Stuttgart based Hamma & Co. which at the time was one of the most reputable violin makers in the world. After his master graduation at the Chamber of Handicrafts (HWK), WDF decided to found his own workshop in the Munich district of Pasing. For many years Wolf-Dieter Fischer was the only violin maker in the western parts of Munich. In the beginning his work primarily concentrated on service and repair jobs for instruments and bows from local costumers. Soon Wolf-Dieter Fischer made a reputation among many professional musicians for his quality work, including violinists from the Bavarian State Opera, the Munich Philharmonics and the Bavarian State Theatre at Gaertnerplatz. Over the years WDF has been in close exchange with many professional violinists and experts for musical instruments alike, which allowed him to develop and broaden his expertise for historic master instruments and bows. Between 1989 and 2009 WDF was member of Bavaria’s Master Craftsman Board of Examiners.

Today Wolf-Dieter Fischer is particularly well known as an expert for French master instruments and bows from the 19th and 20th century. He is in frequent contact with the leading international experts for musical instruments in Paris and London (see valuations). In almost 50 years as independent violin maker, his customer base has grown steadily and today includes professionals from orchestras around the world. Many of his first customers have been loyal to the present day. 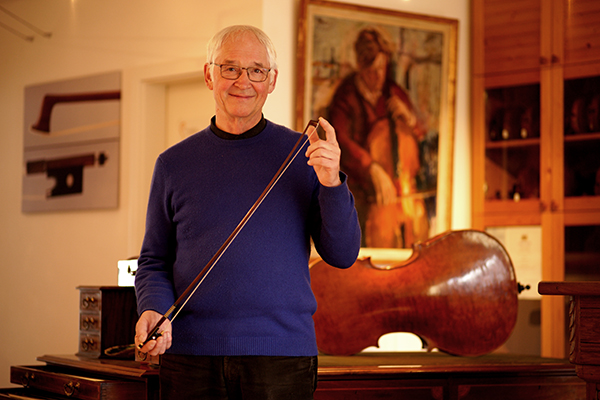 Lena Fischer is the daughter of Wolf-Dieter Fischer, second generation master luthier and managing partner. After initial training in her father’s workshop, Lena completed a three-and-a-half year apprenticeship at Mittenwald School of Violin Making between 1996 and 1999. After graduation she worked at luthiers and achetiers Millant / Le Canu in Paris and Caen where she gained valuable knowledge in French violin and bow making. In 2005 Lena recommenced her studies in Mittenwald and completed her master graduation with the honor of the Master Award of Violin Making by the Bavarian State Government. In 2009 Lena Fischer has succeeded her father as member of Bavaria’s Master Craftsman Board of Examiners. Besides taking care of the studio’s day to day business, Lena makes violins, violas and cellos (see making of violins, violas and cellos).

The maple and sapin rouge woods which Lena uses for her instruments date back to the 19th century. Some of the woods stem from the stocks of Ludwig Closner, who ran a violin shop in Munich until 1969, and whose father in law was a trader of sound-wood in Mittenwald. Lena Fischer’s instruments are crafted according to models of several Italian master luthiers, such as

The original instruments are commissioned as models to her by several known musicians, who regularly have their servicing done in our workshop. Lena Fischer also exhibits at the Munich Violin Days, most lately with a cello modeled after Florenus Guidantus from 1738.

Most lately, Lena has intensified and enhanced her bow work skills under the guidance of our former staff member and well-known French bow maker Christophe Collinet. Many musicians have come to appreciate her very thorough bow rehairing service as well as her expert bow repair work. 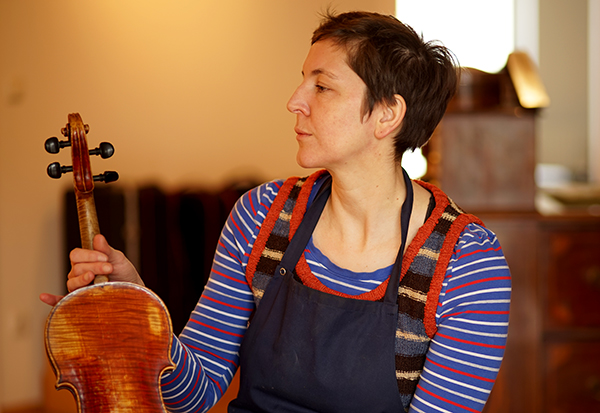 Verena Langer has joined our violin making studio after completing her apprenticeship at the Mittenwald School of Violin between 2009 and 2012. Besides taking care of repair and servicing work for stringed instruments and managing our rental instruments, Verena also makes violins. She is a very skilled and knowledgable violin maker and very customer service driven. Verena is also is a very good violinist, and assists in all sound adjustments in our studio. Currently she is preparing for her master degree at the school of violin. 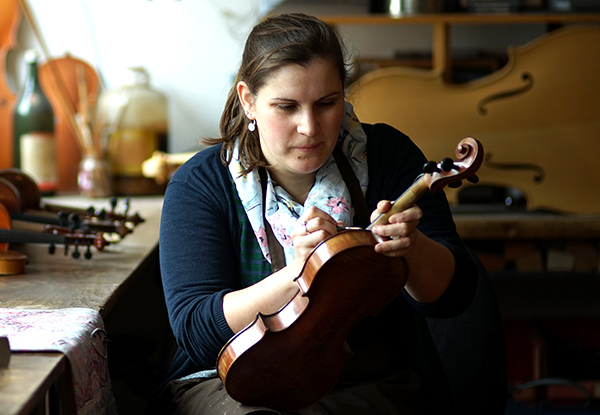