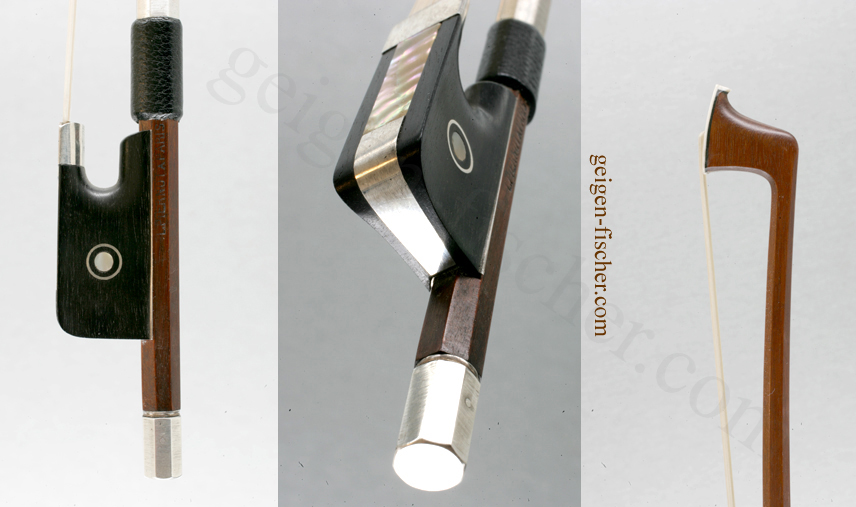 Fine French viola bow by Louis Piernot. Piernot was born in 1880 and worked for many years at Joseph Arthur Vigneron. Later Louis Piernot made bows for many famous violin makers. Bows from his early period, such as this one from 1930, are very sought-after. The bow is stamped L. Piernot a Paris. It has an edgy stick and weighs 69 gramme. 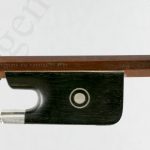 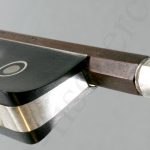 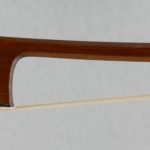 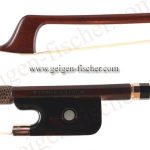 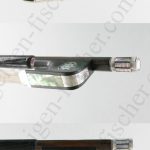